Being with a group of people main trigger of symptoms

Hi All, I’m typing this in on behalf of my husband who is a VM sufferer. He was diagnosed officially a couple of years ago after his symptoms of dizziness which used to be fairly sporadic seems to escalate and become more frequent.

Once the consultant had ruled out a brain tumour with an MRI he’s been left to get on with it and it’s only through this forum we learnt about going on the drugs and giving up caffeine etc.

He’s now on Topiramate 50mg and Amitriptyline 20mg and does the vestibular physio as recommended by the consultant. We were hoping his condition had improved after introducing the amitriptyline a few weeks ago but when a couple of friends popped in for a chat yesterday evening and sat opposite him and he turned his head a few times to talk to me, his symptoms are bad today. Dizziness and very bad tinnitus.

We’ve found the biggest trigger for him is any sort of social interaction. If he’s sitting at the dinner table the people opposite need to sit close together so he doesn’t have to move his head much and he can’t look at the person sitting next to him at all. With lockdown I think his symptoms got worse as he was doing all his work on zoom (he’s a physiotherapist so it’s all one to one work which helps).

Our feeling today is that he simply won’t be able to do things like attend meetings/social gatherings with more than three or four people - least he’s pretty debilitated the next day.

What are other people’s experience of this, is it the head/neck movement or the eye movement which is the main problem?

Any advice would be most welcome!

I think this might be a trigger. As I’ve noticed days when my neck movements are more, I sometimes got vertigo. Though I haven’t thought of it as a trigger untill now.

Welcome, sorry your husband is suffering.

is it the head/neck movement or the eye movement

The vestibular system is inextricably linked with the eyes. The question is kind of moot as movement of the neck will move the eyes via the vestibulo-ocular reflex.

The site has had a long history and there are plenty of posts covering this. If you search on keywords you will find a lot of existing discussion.

I used to get this with nodding (in agreement during meetings or social gatherings): it drove me wild!

Over a long long recovery period, things should get better.

We’ve found the biggest trigger for him is any sort of social interaction.

A not uncommon occurrence. Every major vestibular attack Except one that I had pre-medication started following a social gathering in a restaurant. (The exception had followed very early start, long car journey in bright sunshine to distant MRI scanner and return home.).

What causes this, no one can be sure. The food, the lights, the noise … the cumulative effect of all those. Most probably. This condition results in Central Sensation (separate threads exist on this). The result is increased sensitivities to all manner of things, environmental, dietary, etc. Sensory hypersensitivity occurs as a result of such social interaction as you describe. Whether it’s the eyes or the neck both are part of the vestibular system and your husband’s is currently struggling to cope.

Advice? It looks to me as if he is on the right course with Topiramate and Amitriptyline being two of the top three recommended preventatives. The secret now is to reach an effective dose and stick with it for a few months and wait. Things should gradually improve. The so called ‘preventatives’ are used to improve the tolerance to triggers. Read up on the other lifestyle amendments, diet etc and learn a bit more about the condition generally and above all don’t expect a sudden cure. Vestibular issues take time to rectify.

As @turnitaround said there are other threads relating but one summary I’ve always found useful and well written is from the VEDA website. Gives you some idea what to aim for although unless you are organising the event from the driving seat so to speak it’s a bit idealist to think you can always have that much influence at every social event attended. 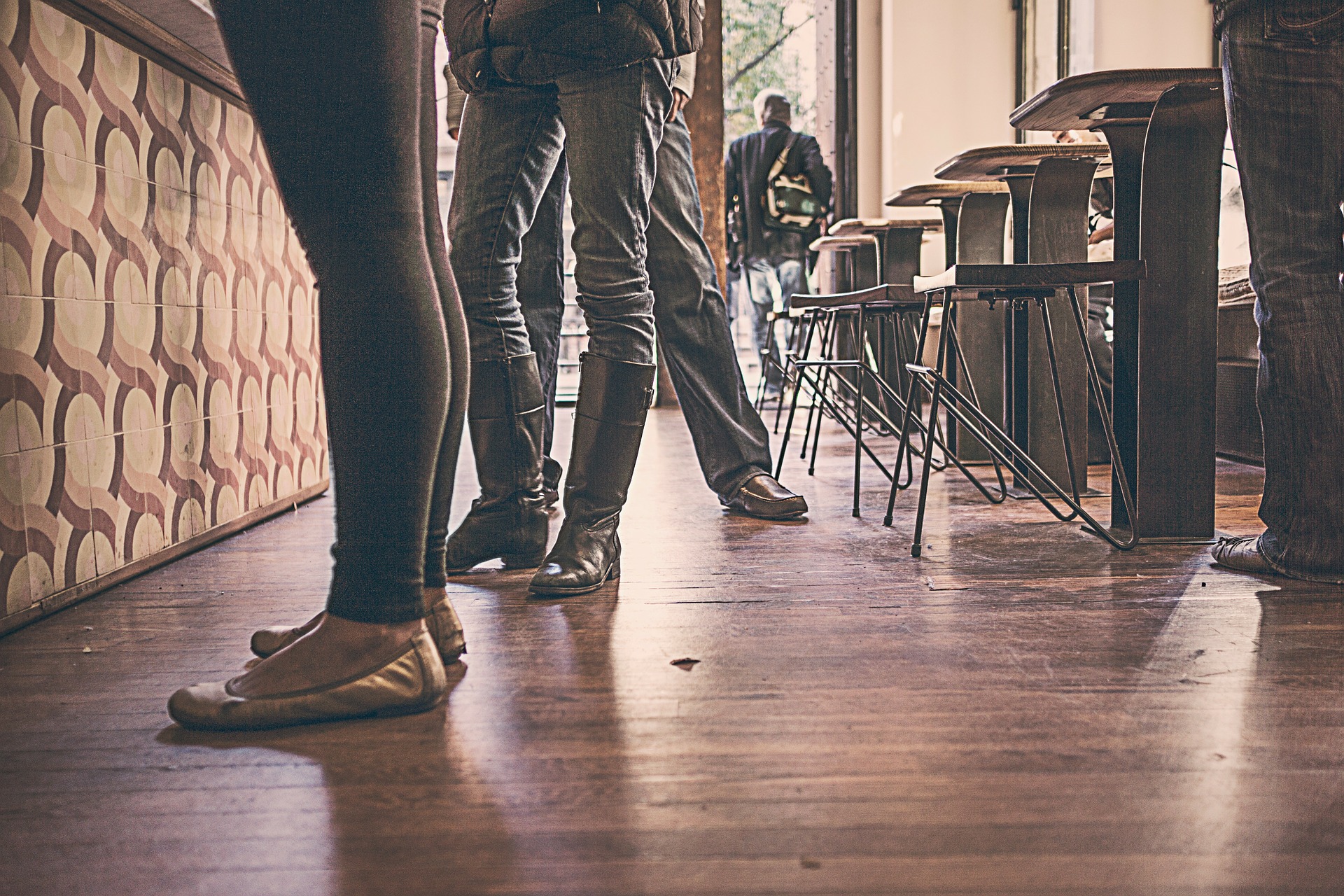 Tips for Dining Out

These are tips for dining out with a vestibular disorder. Which restaurant you select and where you are seated can make a large difference.

Hi Sara,
I’m so glad you found the forum and are able to help your husband find resources here to help him along this difficult journey.

As James and Helen mention, I think it’s completely normal and common for the stimulation of a group or meeting of people to be difficult for us. It has been for me. I did not shy away from it however, although I did not have daily meetings… I do have meetings no less than 3 days per week. They’ve gotten easier over time and treatment, thankfully! Church was a real difficult scenario for me for the first year and half for the same reasons.

I see your husband has only been on Amitriptyline a few weeks, how long has he been on Topomax? As James and I can both attest, Amitriptyline is a wonderful VM treatment for many, it most certainly was for me! I think as he progresses with his treatments, the socialization will become easier.

Thanks for all the positive advice. He’s only been on amitriptyline for around a month, beginning with 10mg and increasing last two weeks to 20mg but we do think he’s tolerating more stimuli already. The link to eating out is really useful so we’ll definitely keep that in mind. When we do eat out it’s tricky asking for a corner table by saying he’s VM so we have said it’s an ‘ear problem’ - which is probably something many VM people may have experienced.