Diagnosed with MAV but symptoms 24/7 for 9 months!

I was recently diagnosed with MAV and started Metroproponal - however I almost don’t believe I have MAV because my brain fog is 24/7.

Does anyone else have 24/7 brain fog and depersonalization? I almost feel like I am not in reality and not experiencing my own life. I am so fogged out that I can’t remember what happened that morning. In addition, my symptoms are much worse during the day - esp in direct sunlight/morning. But I dont really have moments of relief.

There are times my symptoms are better, usually at night but there has not been a single day in the last 9 months where I have felt clear headed. I only get dizzy when I move my head around or spin around/move up
and down but every day I feel floaty/foggy/out of it. This whole ordeal has really affected my life. It’s awful. I am so desperate.

In a way I’d be happy if this was MAV because at least I’d know there was a diagnosis but it seems most people have spells and then return to normal. Anyone have predominately brain fog? And why is it 24/7, don’t migraines stop and have moments of relief?

Hi there,
Yes, I too have the symptoms 24/7 and have now for about 6 months. I have seen 3 Neurologists who have each said migraine of different forms. I have a spaced out feeling and vision issues as well as pain around my left eye and some head/neck pain. The vision and spaced out/dizzy feelings are constant whereas the head pains are more sporadic. I hate feeling this way too and completely understand where youre coming from. I have had all of the MRI/CT scans and neurological/ENT/Blood testing under the sun, but nothing ever shows up. I am on Nortriptyline now and it helps with the anxiety I have had as a result of these symptoms, but sadly it is not helping with the physical symptoms. My Neuro wants me to try Propranonol next.

Hi thank you so much for responding. Yes I am going through the exact same thing, not sure if I feel dizzy per se, it’s more of a floating, not in this world feeling. My head feels heavy and weighed down. It’s almost like I am not able to experience my life. Do you feel a little flat or numb? I am so spaced out I just don’t feel deeply any more because I can’t really process anything. I have been on the propranonol for about 2 weeks and have seen zero improvement. Today I am starting the migrane diet and will see if that helps.

In a way, I dont even know how this can be a migraine, I feel like it’s so severe. And most of my friends who have migraines have relief, it’s not 24-7.

What are your vision issues?

I see floaters and clear zig-zags when I am outside in light.

Hey there, yes I definitely get a heavy head feeling too. I have been feeling really flat and have been told by those close to me that I am just not myself. I do have migraines in the family, both my sisters get them and my aunty and grandma, but like you say, these are only episodic and go after a day or two. I find it hard to believe that I have suddenly developed migraines at 41 years of age and ones that are non stop 24/7. Most of my issues have been constant for the last 6 months. Can I ask, are you having many side effects from the propranonol and have you tried anything else yet? I started on Amitriptyline which completely knocked me out and made me so sleepy, so then I went onto Nortriptyline. I am a little wary about trying propranonol and I just don’t think it will work for me either. I have had an MRA which is imaging of the blood vessels in my head and neck and that all came out fine too. Have you had any testing done for yours? My vision problems are a hazy vision and sometimes trouble focusing. But once again, I have been to an Optometrist, Ophthalmologist and even a Neuro Ophthalmologist who all said that my eyes and vision are fine. It’s just so frustrating.

Oh yes, I also have more floaters than previously and I am sensitive to light too

I almost don’t believe I have MAV because my brain fog is 24/7.

That’s because it really doesn’t makes sense or add up and I believe the root cause of MAV is not migraine.

There are various red flags that suggest there is something else going on at root cause:

None of these things are migraines. There is no doubt you also get migraines and various neurological effects on top (brain fog, brain rumbles, visual hallucinations, odd facial sensations etc) but that’s not the whole story BY FAR!

I won’t bore everyone with my theories here again but you can read my thoughts on many other recent posts.

So you may have ‘MAV’ because you fit the criteria (its a ‘bucket’ diagnosis) but the better question is to ask ‘what is MAV, what is its root cause?’

who all said that my eyes and vision are fine

Ear issues impact eyes as eyes are hard wired to the balance sense. Indeed there may be nothing wrong with your eyes at all.

Yes I agree with you. There is something else going on, I don’t think it’s migraines because it just doesn’t make sense. I too have dizziness mostly when I move my head or turn around, constant ear pressure/fullness. It just doesn’t make sense to me, all those criteria falling into the migraine category. What illness do you think it could be? I mean if so many people, or at least many people on this board have similar symptoms there must be a root cause.
It’s driving me nuts! non stop for almost a year I am desperate. The only thing that has helped me is if I take xanax in the early morning that helps - I have absolutely no idea why. If I take it at night, it doesnt help as much. I think xanax and those types of meds shut down or at least quiet the vestibular system.

I take metro proponal or something like that and it’s essentially the same as proponal. It’s hard to get used to in the beginning, I would get EXTREMELY tired/spacey. But it does go away after a while, I don’t really have any side effects now. I am still not at my full dose tho, I only take 25 mg in the morning.

I havent had any testing other than an MRI which came back fine, and my basic blood work came back fine as well. How did your symptoms manifest? Mine were very sudden, it was like one day I was fine living life and the next I had intense fog and felt as if I lost myself. I wrote the other person on this thread that the only thing that has helped me is if I take xanax in the early morning - I have absolutely no idea why. If I take it at night, it doesnt help as much. I think xanax and those types of meds shut down or at least quiet the vestibular system. and if I take it around 5am and wake up at 8, I feel more like myself - even tho my ears still feel full/pressurized.

I wonder if it will go away as fast as it arrived but that doesnt seem to be the case since my symptoms have been around for all most a year.

Have a read of this: 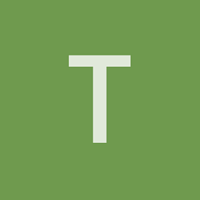 Well you know my thoughts on this subject, Mel. And please feel free to rant anytime! I believe the whole medical profession has got carried away with the word ‘Migraine’. We know neurological issues and Migraine ARE a factor, but it seems people...

And there’s the rub. Migraine as a cause for dizziness is only a theory. It’s a popular theory and has become medical dogma, or “flavour of the year/decade”. Previous owners of this crown were ‘Menieres’ and 'Perilymph Fistulas". And notice how... I've had it guys ... I'm going to look into Perilymph Fistula (PLF) surgery

Like you I’ve been a saint wrt patience with this condition. Going to try to get an appointment with one of the ENT Surgeon’s I’ve seen to discuss the option of exploratory surgery for PLF. Every morning since the very first incident I’ve woken up...

Pretty much sums up my thoughts.

You can have both MAV and Meniere’s. I do.

How is that different from Menieres with migraines? Do you have low frequency hearing loss?

Thanks James, I do believe that it must all be linked and you are correct, it is not necessarily my eyes causing the problem. Just to find the right medication to settle it down now.

Thanks for your response Lindsey, I too continue in the hope that this will go away as quickly as it came on. However, I have been told that it will take time for the nerves or vessels to settle down and I will have to find the right medication. In the meantime, I just have to keep on trying to do the things that I normally do. It has been so hard as surely this ‘illness’ should have gone away by now and people stop asking me how I am feeling now and assume that I am better. I just want my life to go back to how it was before, I was running and living a really active lifestyle with my two young children. All the best to you, I hope that you start to feel some relief soon too.

Yes, it’s a shame you didn’t get on with Ami, despite the side effects it really helped my eye issues. Good luck with finding the right one.