Dizzy, Disorientated, Dissociated - why so queer

I wonder how many times each MAVer wonders why they are feeling so peculiar. At the beginning The symptoms seem so foreign and often rather unrelated to the condition. I can remember suddenly feeling really queer, doing a huge pre Christmas Baking Bonanza shopping trip in a huge Tescos. I thought I was about to do down with The Flu. Came on so suddenly, no spinning vertigo, just really weird. Quickly made for the Checkout, then sat in the car a few minutes before driving home by which time it passed and I forgot all about it. Another time I came out of a lift at a hospital on way to visit aged parent bent double. ‘For goodness sake, stand up straight’ said my SO, ‘what you bent over like that for”, ‘Like what’, said I. Totally unaware. MAV is indeed a weird thing. But we need to think of it as the eminent Dr S says as a ‘variant balance disorder; and then, once we make the connection that the dizziness is (and I took a long time to twig this one myself which seems daft now) a sign our balance system is struggling to cope, and gradually things should become clearer. Once we know what we are dealing with, we can realise these strange happenings (why does one feel so queer wearing those shoes) don’t happen ‘out of the blue’ and we can plan more, accordingly. That’s the theory anyway. After fifteen years I appreciate the practice’s a bit different,

Last evening I watched a TV Programme about ‘Crisps’. Yes, Crisps! Towards the end an experiment was carried out during which volunteers were tested to see how they actually ascertained the various flavours. They taste them, one would think with thei taste buds, or do they really. Well, they did, sort of… blocking their sense of smell manually with a natty little peg, not one could detect Beef Flavour. Disguising the flavour by putting one flavour in a bag the colour of which is generally associated with another flavour misled the volunteers taste buds. Putting volunteers into headphones which unbeknown to them was actually adding crisp crackle, convinced them one crisp had more crackle than the next even though they came from the same packet… all of which only goes to show what really we all know ‘deep down’ that our senses have a huge input into what we perceive. Back to our MAV. When we have MAV it appears our brain is receiving conflicting signals so we have vertigo or rocking, illusions of movement, oscillopsia - stationery objects that appear to oscillate, shimmer etc. Which, disorientating and disturbing as it is is extremely frustrating and incapacitating but not really surprising. Helen

Back to our MAV. When we have MAV it appears our brain is receiving conflicting signals so we have vertigo or rocking, illuions of movement, oscillopsia stationery objects that appear to oscillate, shimmer etc. Which, disorientating and disturbing as it is is extremely frustrating and incapacitating but not really surprising. Helen

That’s how I see MAV.

And another thing to notice from this is that much of it is probably benign, ie physically harmless. There is almost certainly nothing eating away at you or slowly killing you.

The psychological impact though, completely exaggerates all of these sensations and drives you to despair.

Part of the trick is remembering that a lot of it is a mind trick and a reaction to a threat which isn’t there.

That’s why Nathan (@Nathan) runs like a beast when his brain is a cyclone. I find that so crazy inspiring.

Yep. I have done that. Helps that I wasn’t ever dizzy when running (or cycling, or driving). It’s an escape.

I do all three while dizzy. The driving I often don’t have a choice about. The other two I do around a grin, because I’m tougher than MAV. @Nathan is right. Even if you puke, you can learn to find a straight line in MAV’s twisty tightrope.

come back @nathan …i need more of his pep talk !

You can do it Vigs! You got this!

Thanks Emily. Need to hunt for my running shoes and get my ass on the asphalt ! I am tired of the elliptical (there is no nature and quite boring !)

I get that. I’ve been switching it up lately myself. Yesterday I woke up way too early and went swimming. It was great.

Swimming makes me feel normal - I sometimes suffer for it later though - increased ear pressure - but it is worth it!

My problem is visual vertigo. I share lanes poorly.

That must make things very difficult - almost impossible unless it is very quiet.

4:30 am is pretty quiet, but not always. I take Meclizine before I swim just in case.

With quite a few newcomers querying symptoms I thought to bump this one up again. Helen

When our brains are working at 100% we aren’t ever aware of the effort required to accomplished what we think if as ‘simple tasks’ that in fact require great mental capacity. I was particularly interested the readaptation to conversing in a crowd. I remember an elderly convalescent widowed friend who had become so used to being at home alone she became disoriented and ‘queer’ coping with her own brood of (young adult) grandchildren at her 80th Birthday Lunch out in a Pub and this was way before lockdown. 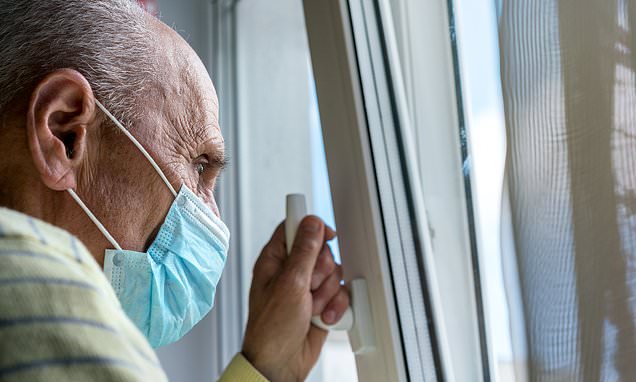 Dr AHMED HANKIR: It's not anti-social to unlock your life slowly

DR AHMED HANKIR We must prepare our minds for the possibility that the virus might spiral out of control again.