Currently diagnosed with Meniere’s, or as my doctor says “some degree of vestibular hydrops”.
Taking 25mg HCTZ daily for the past 7~ months, and was doing great symptom-wise until a few days ago when I started getting the good-old dizzy feeling back again.
It’s not a full-blown vertigo attack like in the past but after more then 6 months at almost 100%, it’s a bit annoying to be back on the rocking boat again.
I was told that if I get a vertigo attack I should take Betahistine 3 times a day, and I was wondering if I should take it now, even though it’s not an attack, to ease the dizziness and light-headedness a bit. Does anyone have any experience with the combo between HCTZ and Bethistine? Is it generally safe? Couldn’t find anything concrete online.
Thanks!

@nemo011 you have some experience here?

@sputnik2 did you ever get to take these two at the same time?

Hey @JonathanT! Sorry to hear what you are going through. During my extreme dizziness situation, I was taking Betahistine. Some doctors prescribed me to take 24 mg twice a day, and some prescribed me to take 8mg thrice a day until I visited the doctor who is treating me now.
The recent doctor has told me to stay away from Betahistine at any cost. Instead he prescribed me to take Dimenhydrinate, and Prochlorperazine together if I feel like an episode is coming.
Betahistine didn’t really worked for me. I used to feel super dizzy. I also had attacks even during the period when I was taking the medicine.
I’m currently on Amitriptyline, at 25mg once daily.

Thanks for you reply, @nemo011!
I was on high dose Ami for about a year (didn’t help) with MAV diagnosis until one of the doctors suggested I go get an ENG test which showed problems in one ear. Then the neuro said it is probably Menieres and sent me to an ENT who specializes in that.
When I had vertigo attacks (last one was about a year ago, but these past few days feel like another one is coming soon) I used to take Betahistine a few times a day and I felt like after a couple of days I did get a bit steadier. Don’t know really.

I took a diuretic and betahistine together back in 1997 but I can’ t recall what diuretic it was. I didn’t take the diuretic for more than a few weeks as I felt sick when I added it on top of the betahistine It was the standard treatment for Menieres back then with Stemetil or high strength Stugeron to be used for breakthrough attacks for very short periods. Seems to still be the protocol.

The recent doctor has told me to stay away from Betahistine at any cost.

Can I ask what the reasons were behind this? I’ve just started taking Betahistine again (with Amitriptyline) - after two pretty awful weeks, it seems to have kicked in and am starting to feel less swimmy. I first took it 2 and a half years ago.

Hey! It’s good to hear that you’re recovering. I don’t know the accurate reason behind why I can’t take it. But he once said that the medicine is banned in many countries.
I’ll ask him for a proper reason in my next visit.

I think you will find it’s considered to impair the body’s natural compensation.

I’ve been taking Betahistine and a diuretic (Bendroflumethiazide) on a daily basis for a couple of years. My understanding is that Betahistine is not licenced in several countries because of limited evidence about it’s effectiveness.

I’m not familiar with Hydrochlorothiazide, but would guess that it serves the same purpose as Bendroflumethiazide.

I take Stemetil (Prochlorperazine) at the onset of an episode or to get things back under control when having clusters of episodes (which may go on for a week or 2 every 6 months) and find that it does help.

I had read this about the drug. Both my consultant and my VR physio said I was fine to take it for as long as I needed and it wouldn’t cause any harm. So difficult to know what to do for the best. At the moment it’s helping me and I need to get back up and functioning after this relapse so I’m happy with it until I am able to come off it again.

Hi, Jonathan - you could try getting in touch with the ENT’s clinic and asking if you should take it when you aren’t having a full blown attack but are feeling off.

When I took Betahistine my specialist said I needed to trial it for 3-6 months and if it had worked for me I think I would have been on it for a year or so at least.
You also asked about safety:
It has been used for a long time to treat Menieres. This NHS page about it claims it is generally considered to be safe (in The Common Questions section) 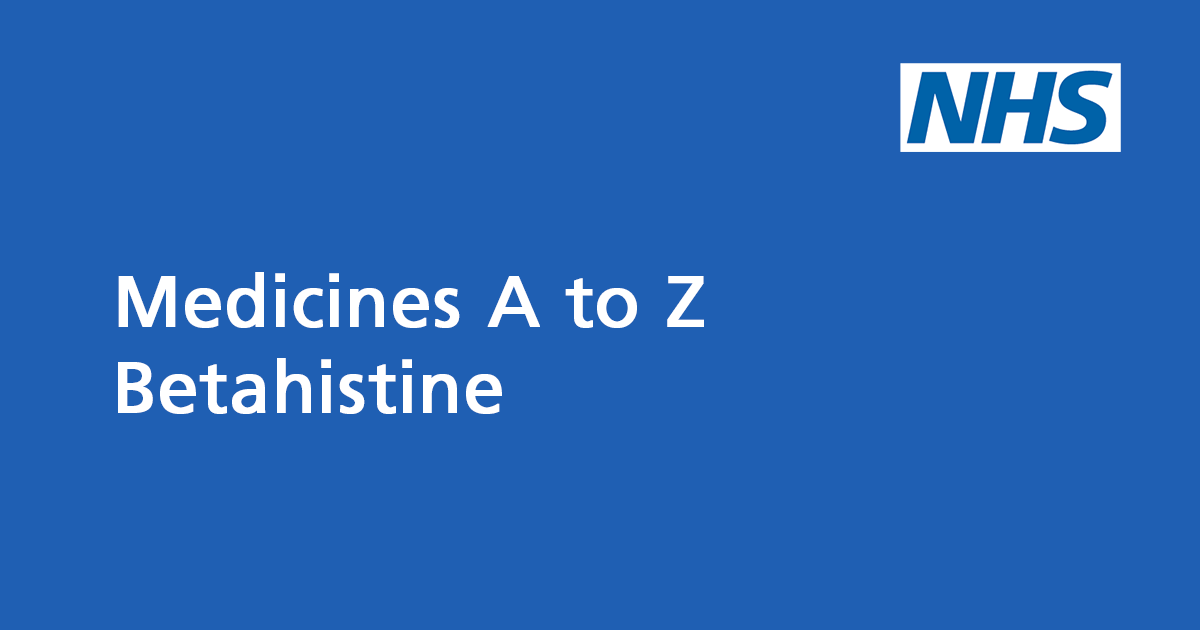 Betahistine: medicine used to treat the symptoms of Ménière's disease

NHS information on betahistine - what it's used for, side effects, dosage and who can take it.

This study concluded there were no safety concerns with Betahistine: 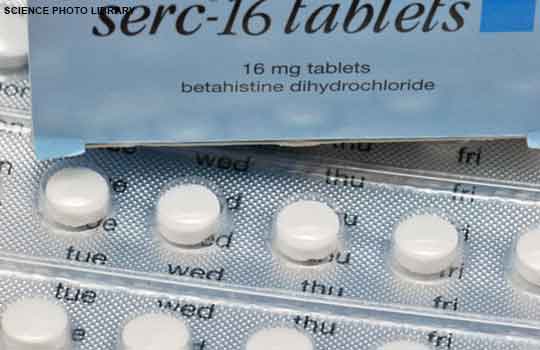 Efficacy and safety of betahistine treatment in patients with Meniere’s...

Study question  What is the long term efficacy of betahistine dihydrochloride on the incidence of vertigo attacks in patients with Meniere’s disease, compared with placebo? Methods  The BEMED trial is a multicentre, double blind,...

BNF is only available in the UK

The NICE British National Formulary (BNF) sites is only available to users in the UK, Crown Dependencies and British Overseas Territories