Yep Jigsaw puzzles. That’s what I said. Not for the first time my own dear Him Indoors has suggested we start doing Jigsaw puzzles and I currently have two large very intimating (can a jigsaw be intimating)
Boxes containing jigsaws perched on the end of the table. I have never done a jigsaw in my entire life. Apparently He did lots as a kid. Strange how you can know somebody for so many years and still find out new things about them

I have never before really had any completely spare time that needed to be filled with seemingly pointless activity. No need to do something, anything just to pass the time however now with another Lockdown and the worst part of winter ahead just maybe. So I reach for the computer and open up the whole strange new world of Jigsaws. Gobsmacked by the sheer size of the modern finished article vague memories of dabblng with a few pieces of my younger brothers Christmases years ago I am positive unlike, most things since, Jigsaws have actually got bigger over the years. So researching size and being the person I am once interested I just have to know all about it. No half measures with me. Then it began to get interesting …

‘Jigsaws exercise the left and right sides of your brain at once. Doing a puzzle reinforces the connections between the brain cells, improving your mental speed and and is an especially effective way to improve short-term memory. Jigsaws improve your spatial/visual reasoning which helps with driving a car, using a map, learning and following methods. … Jigsaws are a great meditation tool and stress reliever’.

It seems just looking at the picture is a form of meditation. Fuller info at
http://www.Southmountainmemorycentre.com

‘Dopamine is released every time we put a piece in the right place’ according to www.cronicaspuzzleras.com which also expounds further on the subject.

So perhaps it’s not such a pointless exercise as I first thought. Whether I enjoy it remains to be seen but I just thought others might just like to know it’s seeming potential. Helen

@Onandon03. Ooooh you will learn to love them. I live in Melbourne and have just finished one of the longest and hardest lockdowns ever.

We completed so many jigsaws. The kids love it to. It’s actually so relaxing. Get a cuppa and settle in for some you time. And at the end, the sense of achievement is great! Tip: do the border first.

Fair warning: stop if you start ramping symptoms. I can do jigsaws for a while but all that looking back and forth and pattern recognition work can trigger visual vertigo and tire out my already energy greedy migraine brain.

Absolutely Em. With this wretched condition everybody needs to be aware of their own personal limitations at all times or woe be tied them. Doesn’t take much to wind it all up again.

I wouldn’t suggest anybody who was really symptomatic should try much by way of puzzling. In fact I am still wondering whether I will be able to do it myself. I was 8/9 months at the start of this with no screen tolerance at all. Two sets of Olympic Games running I couldn’t watch for more than a few minutes at a time and even then there was always a daily cap in total viewing time. Must have been years before I could pretty much ‘guarantee’ to be able to watch a whole television programme without arousing symptoms. I guess it took years to rehabituate to computer screens. Tablets first then a PC and it’s only recently I got to ‘guarantee’ the PC for a maximum of two hours maybe.

For anybody, like me (and you?), who has had this condition severely and for a prolonged time period I think eventually it’s a question of relearning many things one small step at a time. I long ago lost the ability to sit up at table long enough to eat a meal yet alone tackle a puzzle. Only last week I realised I can now sit up at table, look down at a document/tablet and copy/handwrite (Pitman shorthand actually) notes and then look up (bifocals!) And transcribe back onto a PC. Couldn’t have done that until very recently. Actually reminds me of a comment the neuro made in her last report where she advised me to nomlonger avoid supermarkets and restaurants in the hope that my brain, which during the previously prescribed avoidance period would have become even more sensitive to, would get ‘used to these stimulate and will be less of a trigger in the future’

The kids love it to. It’s actually so relaxing.

My kids love it! They always keep themsleves busut with this, and somewhat relaxing I guess.

I never dropped the various stimuli. I just plug on through and suffer. It’s not like the NW Action Figure is slowing down. VRT was good for getting me back to screens in a few month’s time. Traffic on the way to Botox today was a real challenge, but as long as I manage to stay safe (or lucky), I’ll keep on trucking. I think avoiding stimuli is a detriment when overdone. I follow the no more than 2/10 worse rule and go from there. Except the mall at Christmas. NW Action figure can enjoy the flashing lights, crowds, scent gauntlet and all the rest on his own. It makes him sad but me showing up and puking isn’t worth it to either of us. We have three young adults in our house now, including girls. I’m sure if he bribes them with pretend coffee milkshakes, he’ll gave company. The boy has MAV like me and just sits it out.

You were luckier then. It’s probably a better option. As I have mentioned previously I never had much by way of condition management advice but trigger avoidance was one very firmly and constantly stipulated right from diagnosis by my own doctor and rigorously enforced by the migraine specialist neuro at first meeting. Trouble I found with the VRT was I never found the 2/10 level. Initially I survived, even felt at the start they were helping, the five daily VRT exercise sessions and battled on as instructed expecting to get worse before I got better then about the six month mark total collapse, total loss of balance for weeks. Prior to that carrying out the individual extra exercises, for exposure to stimulates like the supermarket I would follow the plan which was to walk in and around for ten minutes holding on to the trolley doing no shopping whatsoever and then come straight out again and having needed physical help to reach the car went home to spend the next ten days in bed unable to stand. From memory one very near repeat of that was enough. I most definitely couldn’t get on with VRT and achieve a 2/10 level. Wish I had been able to. Since my own VRT experience I have never been able to turn my head left and right walking outside on a regular basis and funnily enough even 24/7 dizzy before, during and up until total collapse on VRT I always could.

VRT was a failure for me until
Effexor gave me some stability. Prior to that your experience is sadly familiar.

My VRT experience was all pre MAV diagnosis and medication. It did give an incentive to push for further specialist intervention.

That’s some kind of silver lining. Too bad for all that wasted time and extra suffering. Not only was it doomed from the outset, it gave you the very real sense that it causes more harm than good. Which is the exact opposite of my experience. Without VRT I have no doubt I’d be thoroughly disabled and unable to work in any capacity.

Once I’d read about the possible added benefits of doing jigsaws I did just wonder whether it might be a more natural way forwards. I doubt I’ll ever revisit VRT and often wish I had started medication rather than VRT in April 2015 and not wasted another nine months but it’s water under the bridge now long since.

Jigsaws still unopened though they have moved from sitting on the corner of the desk looking threateningly in my direction to the comfort of an unmade bed in a spare bedroom. This really is an odd condition. I would say I have lost all my screen intolerance and indeed virtually all the Visual Vertigo stuff. TV and computer/laptop screens have been 100% many many months now but today I happened to sit up to table taking notes over a phone, checking paperwork, using Android helping relative with a family tree project and after a couple of hours max My balance was really off and I felt really weird once I stopped and got to my feet, so weird I didn’t go out walking. Feeling took couple of hours to wear off. Activity vaguely imicked that of doing a Jigsaw come to think. After extended periods of concentration on a PC/laptop I really didn’t think it would seem difficult for the MAV to cope but apparently I seem to have to relearn everything I do since one activity at a time. Bore.

I have been doing three jigsaws (1500 pieces each) over the last few weeks. At first I found it difficult, because my eyes could not focus and I felt that I strained them. My neck was also painful when I sat for more than 15 minutes. So I started slow and I slowly improved. My eyes now seem fine and my neck is not that painful anymore. And, as some of you said, it is very relaxing.

I’ve since read jigsaws are as good as VRT for some visual issues. So maybe it worked for you. The article which I had meant to link in referred mainly to Visio-spatial aspects. Will try to find it again. Btw Mine are still tucked firmly into their boxes.

I’ve since read jigsaws are as good as VRT for some visual issues. So maybe it worked for you

I was not aware that jigsaws can help with visual issues, but it makes sense. And yes, it definitely has worked for me.

Top of the list. Not sure there’s any significance to that however.

”doing jigsaw puzzles recruits multiple cognitive abilities and is a protective factor for visuospatial cognitive aging. In other words, when putting together a jigsaw puzzle, you have to look at different pieces and figure out where they fit within the larger picture. This can be a great way to challenge and exercise your brain.” 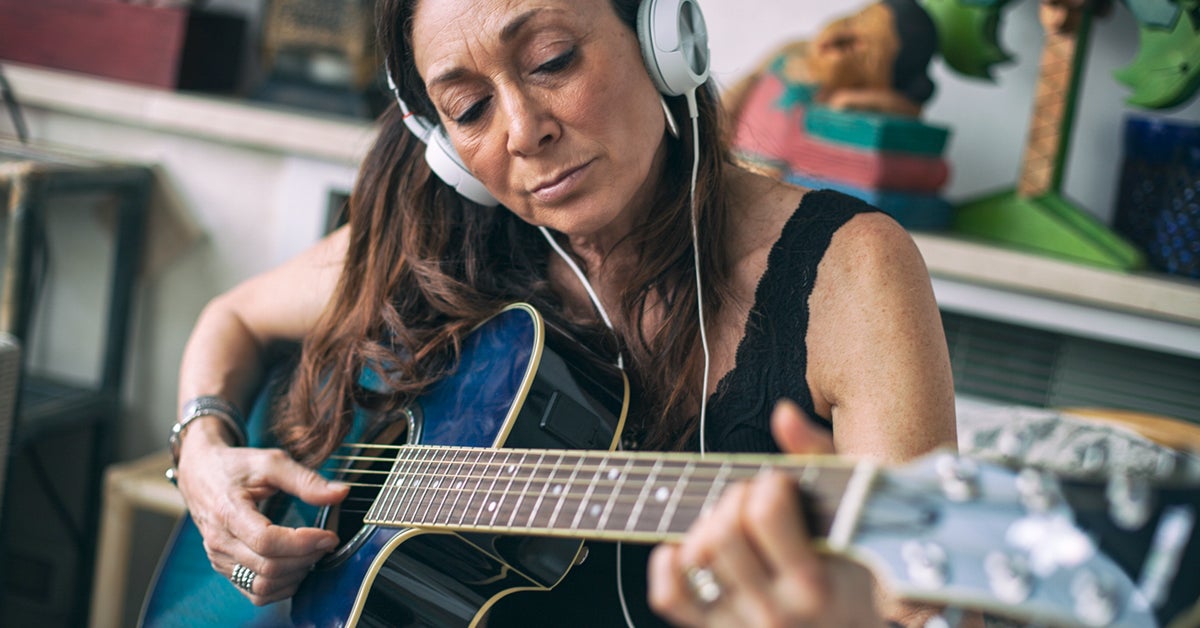 If you're looking for ways to improve your memory, focus, concentration, or other cognitive skills, there are many brain exercises to try. Learn which evidence-based exercises offer the best brain benefits.

Great article - thank you! I am now (almost) addicted to doing jigsaw puzzles. Apart from helping me with my VM, I am very much enjoying the relaxing part of it.

I’ve just started a really difficult one. Now I have a sore neck. Hope the eyes are getting a good work out though.

Got to maintain good posture all the time or so the physio kept telling me. Good posture and relaxed neck muscles two things I’ve always found impossible if symptomatic. I had the exact opposite for about five years. The relaxed muscles only occur rarely now. The posture is another story. MAV is to blame.

Good luck with the really difficult one. Not sure how difficult mine will prove. They are still boxed up.

Now I have a sore neck

I found a solution when I have a sore neck after doing too much “work” on a jigsaw puzzle: Fisiocream Solugel (https://www.fisiocrem.com.au/). It feels quite hot after a few minutes on the neck, so you need to test it on a small patch of skin. I really like it because it seems to relax my neck muscles.