NHS due to reject the new CGRP meds

So the NHS (in England & Wales) is due to reject the new CGRP injections because it “costs to much” yet in Scotland they are already rolling out trials for chronic migraine sufferers. How on earth is that fair? Scotland can have it but the rest of the uk can’t because it’s too expensive? It apparently costs £5000 a year, but chronice migraine costs the countey £10 million every year in sick days and people unable to work. It seems like a no brainer to me.

Quite a snippet you got hold of there. How did you discover that if I may enquire.

I’ve noticed quite alot of differences appearing between England and both Scotland and Wales in terms of medical and also social care since devolution and this is obviously another one. Different countries, different priorities. Scotland has totally revised its Bowel Cancer Programme bringing in routine testing from a much younger age and Wales has brought in much increased social care for the elderly including free personal care, just to quote a couple of examples. There are others.

I cannot say I am at all surprised that the NHS, which is struggling with finance, is at the point of rejecting their use. I almost imagined it would happen. I guess they aren’t considered ‘good value for money’. I have yet to read a report that even suggests these new injectables offer a better chance of success than various long established drugs which are currently being used off label as preventatives and which cost wise are almost being ‘given away’ compared to £5000/pa for a new injectable. From my reading it suggests they are just another alternative drug to trial although most reports concede they could prove advantageous on occasion because they bypass the digestive tract. Helen

That would be frustrating … they are surely being used ‘off-label’ for MAV in any case? It’s not like they were originally licenced for vestibular conditions?

However, it would be good to know if they have a positive effect on MAV and that will be hindered if their availability is limited.

they are surely being used ‘off-label’ for MAV in any case? It’s not like they were originally licenced for vestibular conditions?

would be good to know if they have a positive effect on MAV and that will be hindered if their availability is limited.

We in the UK will just have to rely on our overseas friends to update us, and just seethe with rage if it does work and we cannot access it on the NHS anyway. Helen

It was on the bbc breakfast news this morning.

Update: all three drugs have been approved for use in the U.K. within the last 18 months. I’ve no idea whether many MAVers have experienced difficulty with accessing them. According to the attached they are not what one might call easily available even now. Back in the Spring I found out that The Migraine Trust had had access to them which this article confirms. The lady featured, a MP as it happens, is a classic migraineur it would appear although we all now know some MAVers have had some success with these CGRP meds too. 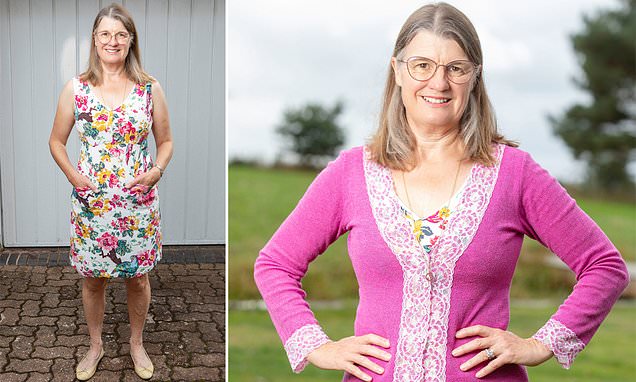 Over the past six years, Home Office minister Rachel Maclean has had such devastating migraines that, at times, she's had to rush out of parliamentary debates to be sick.