I hope this ok to share the link below here. I was doing some research since my left SCM muscle has basically been in spasm for years. I did get relief with one physical therapist who worked on my jaw and neck, but it wasn’t permanent. The cause for this, for me, is my pinched nerve and severe facet arthritis in neck. My Neuro has told me that my neck was triggering my migraines and facial pain, but I didn’t understand the mechanism. Basically, it seems the nerve spasms the muscles, which in turn irritate the trigeminal nerve. Check out the link- I even looked up the medical reviewer to see if he was a real dr! He’s an orthopedic surgeon. Anyway, if you read the symptoms part, it sounds very similar to VM. Maybe this is why botox works for some. I have almost every symptom listed including the chronic tension headache. 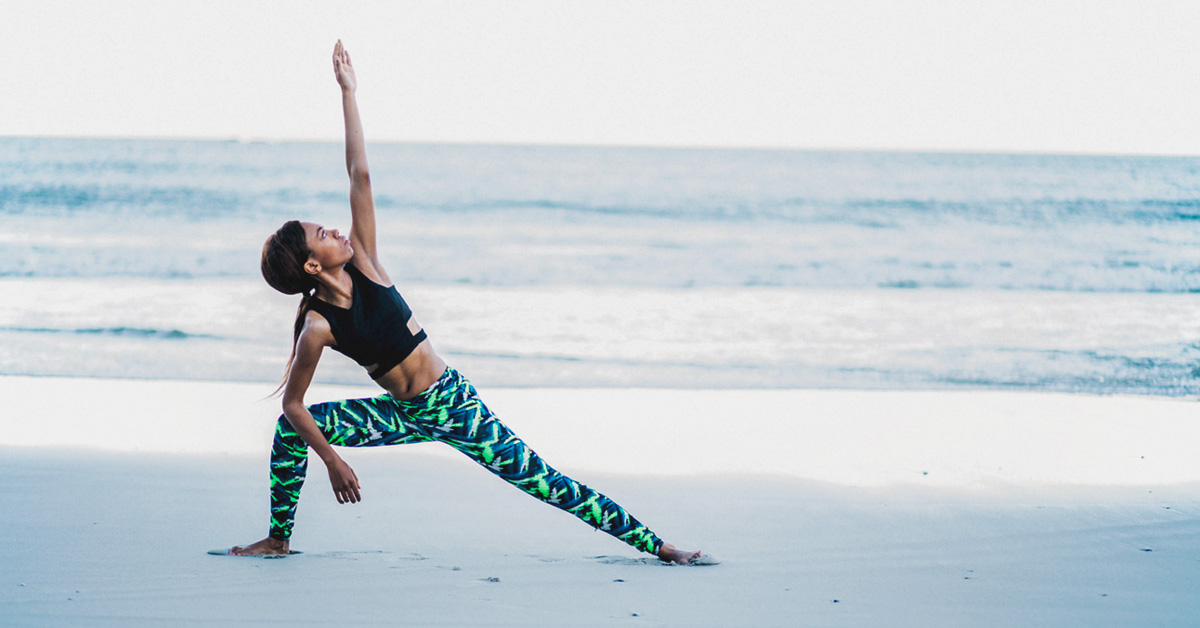 If you have a literal pain in the neck, there are things you can do to help identify, manage, and improve muscle pain. If you think or know you have sternocleidomastoid (SCM) pain, we explain some ways to recognize it and what to do about it.

Migraine triggers coat hanger pain for me. My SCM is sore cos of migraine and i knead the trigger points with my knuckles. Whether SCM pain can cause migraines ,not sure.

Absolutely. Migraine can cause all kinds of neck, shoulder, upper back pain and crunchiness. It can be difficult to determine which is causing which. And I truly believe you can have migraine/MAV, and also have other things flare up that trigger migraine.

The clue for my Neuro, was that I have the left neck, left facial pain, left eye tearing, left tinnitus, left nasal congestion ALL the time now. It has been progressively getting more persistent. It does go down on the pain scale for awhile, then flares up for awhile- but never really gone anymore. Cervical MRI showed a mess on the left, which is causing muscle spasm. My left SCM has been like a rock for years, not just during a migraine flare.

You know it’s very interesting what you say about being affected on one side like that. I wonder what the mechanism is that causes flare ups on just one side?

@GetBetter does your eye swelling occur on same side as ear symptoms?

It’s encouraging that somebody is looking at root cause for your condition. Hopeful they might find something as you do seem to have significant symptoms on the one side so they have something to go on. Once one has any chronic condition I guess it’s easy to blame everything medical on it it being difficult to establish what comes from where as you say. With no wish whatsoever to become involved in a serious technical debate about it, and understanding that your position would seem quite unique in that you have these one-sided significant symptoms, if I may I’d just like to say that I think any kind of balance disorder/injury puts the body off kilter and is likely to cause pain etc, and that includes whatever is causing the ‘migraine’ in the first place,

Migraine can cause all kinds of neck, shoulder, upper back pain and crunchiness

So I guess what I’m saying really is the ‘migraine’ is another symptom rather than the cause, Helen

Hi there. I am sure my neck is a cause for a lot of my migraines and vertigo,although I have had migraines most of my life. My neck showed worn discs at c5/c6 and that was nearly 12 years ago!I used to go to a osteopath but stopped as it seemed to trigger worse vertigo. I am due for surgery for parathyroid disease so dreading how that is going to affect me but I have to get it done, I have no choice,I just hope my neck holds out! I have had a lot of stress and my shoulders always seem tense. Carrying heavy bags seem to make it worse.Unfortunately the neuro I was supposed to go to returned my appointment without even seeing me saying he didn’t do botox, so thats out of the question at the moment!.R.

@turnitaround @Onandon03, in my case, they did find the root cause. I guess I wasn’t too clear in my post. After 6 yrs of this, all combined with chronic left sided pain, they finally did a cervical MRI. I have severe foraminal stenosis at c5c6, and severe facet arthritis as well, probably from a car accident yrs ago. Age and osteoarthritis has progressively worsened it. The pinched nerve does not directly pinch cranial nerves, which is why I was trying to understand how it triggers migraine. Evidently it causes local, chronic muscle spasm (which I can attest to!). These muscles can compress/irritate the trigeminal nerve, triggering facial symptoms. Occipital area is spasmed as well, probably triggering basilar migraines. Sounds like botox might work for me, but it would be a bandaid that would need to be re-applied and is $$$$. I tried a cervical epidural in Oct. It took all my symptoms away for 3 days. That was considered diagnostic of my problem. I am trying the meds to calm the nerve/migraine (effexor works on both). But surgery is probably in my future.
I def have migraine disease, but in my case, the neck issues seem to be my biggest trigger.

@oak17 good luck on your upcoming surgery! Have you tried phys therapy for your neck ? I did, but nothing lasted, which led me to the epidural…

Hi Napagirl. Thanks.I saw a chiropractor years ago, don’t know if it helped!Nobody is willing to look further and when the neuro returns your appointment well thats the limit!I give up. Once the discs are worn its difficult to undo the damage and I think its common probably. Hope that when I finally have surgery for the parathyroid the osteoporosis I have might reverse.

Migraine etymology Latin from Greek hēmikrania , from hēmi- ‘half’ + kranion ‘skull’. So i am not at all surprised it is one sided as that is the definition for migraine.

Gosh. I wonder if the swelling of some anatomy is common amongst all MAVers. I’ve recently wondered if ‘fullness’ is due to a periodically temporary swollen eustachian tube …

Well I find the full feeling in ears identical to the head pressure. Could be swelling. It’s tightness. Too much matter stuffed into too small a space. I’ve regularly read about the one sided pain being diagnostic of migraine but mine has always been equal. I never get pressure/fullness in just one ear. It’s both or neither for me. Do Eustacian tubes get blocked by the pair. I wouldn’t know. Helen

My facial/head symptoms are sidelocked on the left. I also get spells of ear/temple pressure, as well as seconds of high pitch tinnitus and near deafness. All on left, of course.

The ear pressure is the absolute weirdest! It’s more like an implosion- like something inside my head is sucking my eardrum inward. My phys therapist who helped me so much years ago said it was muscle spasms- said I had myofascial disorder- and the spasms on that side were altering my eustachian tube function. Idk if that is true or not, but she helped me tremendously. But then she moved away, and the ones that I’ve tried since then have not been able to help.

Yep this seems like a possible common factor to me and might explain how people arriving here for different reasons end up with ‘some’ very similar symptoms.

Oh joy; I also have degenerative disc disease at c5-c6 through a car accident 8 years ago.
Thanks everyone for posting so I might get more insight as to what’s to possibly come.
That inward thing you mentioned; does it make everything sound hollow? And yeah, I get the quick sharp high pitch tinnitus for a brief 5-10 seconds or so at times too. I’ve also had the pressure at the temple too. It feels like movement of pressure in the sinuses. It also occurs just behind the top portion on my ear on the skull and then the pain/pressure slowly goes away after a day or couple days sometimes.

Yes! Everything sounds hollow for a bit, and my ear feels kinda numb. The feeling is quite sudden for me; comes on with no warning. So many of my symptoms are similar to Menieres in many ways. I’ve even had one event of sudden sensioneural hearing loss on that side that came back in 3 days with steroids. I’ve been to Stanford, amongst many other specialists, and have had 2 VNG/Calorics tests over the last 5 yrs. I am told it’s NOT Menieres. So we’re left with migraine. But my Neuro had sent me to a special phys therapist 4yrs ago for my left TMJ. The Neuro said exactly this: “sometimes TMJ issues can mimic basilar migraine symptoms”. I thought she was blowing me off. But it was amazing… My dizziness, tinnitus, pain went away rather quickly with therapy. At that time, we didn’t know about my neck issues. The problems eventually came back tho. And my therapist had moved. I tried some others, but no luck. Then we found out about the neck, which was probably indirectly causing the TMJ issues. Phew! Maybe it’s worthwhile to look into specialized jaw phys therapy? It wasn’t a permanent cure, but it sure did help!

Thank you so much for posting this link

I have been suffering from a host of VM symptoms for 2 years now and I have always believed that there is a connection with my neck/TMJ. I have had full spinal MRI’s (on a couple of occasions I was tested for MS) and at C5/C6 I have a disc herniation which is impinging on the spinal cord. Like you, my pain and achiness is always on the left hand side. I have it up my neck, into the back of my head and it radiates up and around my left eye, as well as around my jaw and sinuses. I have tried chiropractic, physio, remedial massage, acupuncture and nothing seems to help. Botox didn’t help in my case, but I know many others have had success. Mind you, I was too scared to go back for more after I tried it the first time and suffered so terribly for 5-6 months.

@jennywren I’m sorry nothing has helped. Has any of the phys therapists specialized in TMJ work? I swear they are far and few in between. My Neuro is who referred me to the one who helped. I’ve tried several since she moved with no luck. I have had pain relief from low dose gabapentin. It also reduces my tinnitus. I just can’t take it all the time since I have to get up at 430am to commute, and there is some residual wooziness. I am trying effexor now but it’s going very sloooowly. Do your Dr’s think the disk problem is causing your VM/left sides issues? If so, have they suggested an epidural?

It is really hard to find any good TMJ specialists here in regional Australia, in fact they are non existent around here! The doctors and physio/chiro’s don’t think that the disc problem is causing my VM and have not suggested an epidural. It is very frustrating being passed from one specialist to the next, I have been on this rollercoaster ride for a couple of years now and have decided it’s time to get off it. It just causes too much anxiety, so I have come to accept the condition and that I am OK because I’ve ruled out all of the really nasty things. My GP now thinks it could be my hormones, I am in perimenopause so he feels it could have brought on the chronic migraines/VM.