Hey all. I’m starting this thread to track progress.

I saw my 5th(!) neurologist today. I liked her. She agreed I have Vestibular Migraine plus she diagnosed Intractable Chronic Migraine with and without Aura - Status Migraine. She also agreed I’ve been through the ringer with medications. Those two things qualify me for two things - Botox and a GammaCore Vagus Nerve Stimulator.

I’ve got a bunch of toxins in dozens of holes in me and a script for an experimental do-dad that costs a bunch outside the trial period (12 months).

Let’s see how this new strategy works out. It can’t make me fatter, destroy my liver, kidneys or thyroid, make me suicidal or any of the other side effects I’ve already tried out. The Botox can make you look like a Neanderthal for three months if that goes sideways. The VNS can give you a rash. I’m game.

A Neanderthal with a rash? I’ll look out for you. In fact it would be hard to miss you, Em. Well it certainly won’t be long before you really can claim to have tried everything! Your journey does at least show there are many many possibilities to try. All the best with the trial. Botox-wise you can compare notes with @jojo65 and @MNEK18 but you must be our VNS Pioneer. Helen

Oh Emily!! I really hope the Nerve Trial helps you! Failing that I dont think I could cope without the Botox! Infact I’m that used to looking shocked now my friends think I’ve always got something exciting to tell them!

like @Onandon03 Helen says I hope it works for you!

I’m quite curious to see how the VNS works out. I like my Cefaly. It does much the same thing for the trigeminal nerve. It is a completely different approach than drugs. I’ve also looked into the binaural beats mentioned in a post last month. Great for meditation and stress relief.

I’m thinking if I used all three simultaneously either my head would explode or I’d attain enlightenment. So of course I’ll probably try it.

Let’s talk progress. GammaCore reached out yesterday (same day as the Rx was written) by text to make sure I was interested. Today they called to talk money and make sure I’m interested.

As is usual for my insurance, they won’t cover it. The cost of the thing is $598/month. The gadget is essentially free. You’re paying for charges that are given by days rather than uses. It has an internal calendar that gives you 31 consecutive days, and you use it as much as you need. They have a 12 month co-pay assistance program for cash and private insurance buyers but nothing for state of federal plans. The co-pay assistance is $300 the first month and $250 the next 11 months. That means out of pocket is $298 for the first month and $348 for the next 11 months. The second year is all on you at the full $598/month unless you can get your insurance to cover it.

They offered to work with my neurologist to try to force the insurance to pay for refills after the first month. We’ll see. I’ve done several appeals after Premera Blue Cross initially denied coverage and have won a few. More often I’ve had to pay out of pocket. (Which maybe wouldn’t bother me so much if I didn’t know the insurance costs my husband’s company somewhere in the range of $1200-$1500/month and I have a $7,300 out of pocket max I have to meet annually, but only for covered events. All other things, which in my case are a lot, are on me for cash. I’ve paid a lot in cash over the last few years, mostly for physical therapy and related care.)

You can quit the GammaCore at any time. They don’t ask for the device back, they just don’t refill the charges. In fact, they call every month to see if you want to get the next set. The device ships from Premier Pharmacy in California. I don’t know how the charges thing works but I bet it’s a code you get from GammaCore during that monthly call, cash up front.

I put away some money in my health savings account when my financial life was better. I’m going to use that to give it a 3-month trial and then see if I want to keep going. It arrives next week.

so you already got your botox shots…how you feeling after this ?

Dr. Wei said it would take a couple of days to a week to really feel it and that the effects are cumulative so it may take a couple of rounds set 12 weeks apart. Nothing in my skin hurts at all today and there isn’t any swelling. If by the end of the third round (6 months from now), it isn’t working then it’s not going to. She also said I could expect a headache, maybe. I have a headache, but it’s not stopping me from working. (The numb hand, dizziness and photo phobia are less easy to work around.) I would have had a headache anyway because I always do to some extent. Earlier today my forehead felt kind of numb, but it doesn’t now. I asked her to underdose my face because I always find a way to be that statistically anomalous person who gets all the crappy complications. I wanted to see what the effects would be before I committed to a full dose. Too bad, too, because I’m pretty sure she was thinking she could help with those right orbital migraines that hurt so much. Whenever I get those, one pupil is tiny and the other is blown out (like all the crazy cartoon characters). I’d love to see if that goes away. 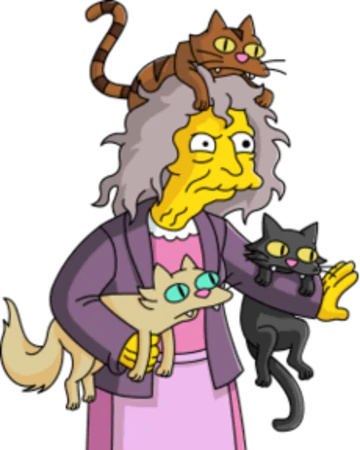 She told me not to strain too much yesterday and not to go swimming if I insist on wearing a swim cap and googles (I do) because she didn’t want anything tight on my face, neck or shoulders. Probably I shouldn’t have exercised at all for 24 hours, but I learned that today. I rode the stationary bike yesterday for an hour. I tried to keep it mellow, but I largely forgot about it and went too hard. They were having a relay ride to raise funds for the Y. You got a t-shirt if you went 10 miles. NW Action Figure of course went 22 miles. He was right next to me. So I went 15.5 miles before I couldn’t ignore the pain in my hip anymore and I recalled the whole not straining thing. Competitive me is always writing checks my body can’t cash. I’m hoping that didn’t migrate the Botox at all. I mean, I got hot but the workout was all happening in my legs. It’s not like she said not to get a hot shower or anything.

Awesome! I just had my neurologist appointment and was asking about GammaCore because I had such a great response to Cefaly. He said it might be better to try a CGRP for now, so I’m injecting myself with Emgality soon… You know it starts with “Em”, so maybe it was designed for you?

Per my neurologist apparently there is a new vesitbular stimulator in the works, not sure what company is working on it, but I’m excited to learn about it.

GammaCore comes Tuesday. In the meantime, Botox. Mixed reviews so far. My mind is clear. I’m not dizzy. I can see. I worked past 10 pm 3 days in a row. But there’s a rail spike in my noggin.

GammaCore showed up early. Feels weird, but no weirder than the Cefaly did at first. They say it might take several sessions to see an effect.

Ok, here’s a weird thing. Not only does it make you look like you’re having a one sided stroke for two minutes, I can watch it as it dilates one pupil just huge while leaving the other one alone. That’s my go to aura signal. So the thing’s doing something.

Y’all - I’m having a 95% day here. I swam a 2k. I feel good. Also, the sun is shining on a truly gorgeous day. Botox? VNS? Metformin and Ketosis? For today and hopefully a whole lot more days - yes please!

Long may it continue for you !!

Today was less perfect. Metformin turned my stomach inside out again - violently and often. Not sure if it’s a coincidence but the whole disaster stopped when I used the VNS. The vagus nerve goes to the gut, so maybe. It’s in clinical trials to treat IBS now. As Metformin gives me lots of opportunities to have unplanned queasy bathroom days, I’ll have plenty of chances to repeat the experiment.

By 4 pm I was hypoglycemic which always triggers a befuddled, antsy, anxious over talking but stupid MAV in me. My physical therapist finally told me to shut up, relax and let her do her job. Stupid insulin resistant PCOS messing up my nice clean MAV VNS trial. Oh well. No battle plan survives first contact.

I ate a protein snack, zapped myself again and headed off to the gym to climb a pretend mountain. That was a lot easier than I expected.

Tomorrow is another day.