Exercise is a trigger for me, as it is for many Mavers. What is interesting is that walking at a gentle pace causes more face pain, tinnitus and dizziness than more strenuous exertion on a bike, a cross-trainer or doing heavy weights. It will take 30 mins of walking until the pain begins which suggests my brain can cope for a short time.

It’s perhaps due to the tiny imperceptible vibrations of each step which my brain cannot handle - maybe a miss-match with what my eyes are feeding the brain? anyone else have a similar experience? Can anyone think what is going on here?

I’m still not convinced whether migraine causes the dizziness or an ear problem causes dizziness and in turn migraine.

And the combo of running + a cold shower at the end of my run works wonders for me.

Walking is supposed to be much tougher on the vestibular system, as your brain performs a push-pull analysis as you switch balance from leg to leg. There are probably subtle head movements too that you are not aware of.

The canals are arranged in such a way that each canal on the left side has an almost parallel counterpart on the right side. Each of these three pairs works in a push-pull fashion: when one canal is stimulated, its corresponding partner on the other side is inhibited, and vice versa. This push-pull system makes it possible to sense all directions of rotation: while the right horizontal canal gets stimulated during head rotations to the right (Fig 2), the left horizontal canal gets stimulated (an... The vestibular system functions to detect head motion and position relative to gravity and is primarily involved in the fine control of visual gaze, posture, orthostasis, spatial orientation, and navigation. Vestibular signals are highly processed...

The increase of symptoms is likely to be an increase in the brain stress (‘allostatic load’) when challenged like this.

Bike riding doesn’t present this side to side swinging - you are more stable, so is probably much easier on the brain.

I found it annoying that my vestibular symptoms would disappear on a bicycle, only to return (with great disappointment) when I got off. Bike rides made for a great escape though!

You are advised to walk as much as possible to optimise compensation. I used to do 2-3 hour walks daily. Walking amongst nature has been discussed a lot on this site as a great psychological help too to combat anxiety and depression.

but a 45-60 minute run won’t do anything. Mountain biking no issues either, but a long road cycle will generate symptoms for sure.

I tried biking a week ago for the first time in a few years. Just an afternoon in the city on a road bike. Every time we stopped and locked up the bikes it was like my head was still moving forwards, my brain was still feeling the motion. It was so difficult. I’ll have to gather my nerve to try mountain biking.

For me, even when walking is challenging, I know if I press on, after 20 min or so my symptoms will likely ease up. With a run, the symptoms lighten much faster. I miss running in a group where other people can do all the looking for traffic and associated head movements.

Every time we stopped and locked up the bikes it was like my head was still moving forwards, my brain was still feeling the motion.

That’s because it was. Another strong indicator of a struggling vestibular system. Happens when the car stops and I have had it every time I stop walking too.

I’m still not convinced whether migraine causes the dizziness or an ear problem causes dizziness and in turn migraine.

Ah, the Million Dollar question emerges yet again. Always interesting but really the subject of another thread. I’m a long termer like you and only last week I re-read an old report from a neuro-otologist I saw 5 years ago which seems to suggest mine might have had peripheral origins.

Thanks for all the replies. I’ll do some experiments to see how I get on. Perhaps I can walk it off if I keep going!

Since the covid 19 restrictions I do less walking (although more weigh training as I can do that at home). Perhaps by brain needs more frequent walks, as it had before the social distancing, to build up a tolerance.

You know where I feel best, weirdly, kayaking.

Yeah, that sounds like a real bum activity around your countryside 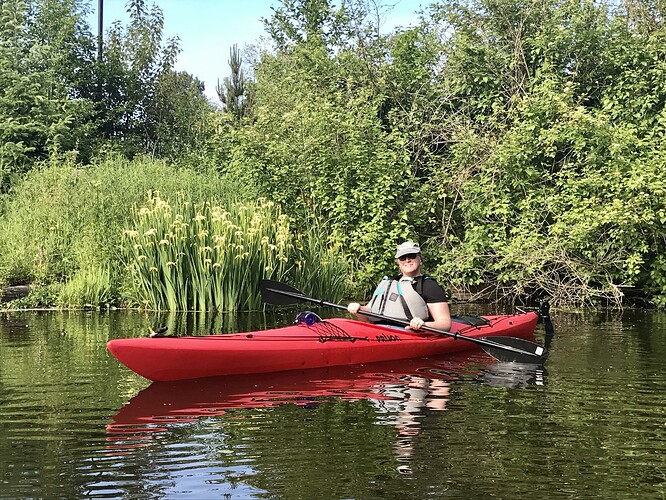