Last year I noticed that I started taking Claritin beginning of March and by mid April I was back to 100% and stayed there for months. Now I don’t know if it was just coincidence and my neurotransmitters just leveled out as spring came or what. And it could totally be placebo. I’m going to start taking it again though and see if it helps.

Has any one else had a little bit of improvement with an antihistamine? Also what are the drugs that apparently have antihistamine qualities to them? I feel like I read somewhere it was Verapamil and Effexor? Any one have any info?

That’s super interesting about claritin, Another star. It may because of the slightly anti-anticholinergic effects of Claritin and other antihistamines (the effect that nortriptyline also has but more powerfully). Liv

Yes, there is someone here who controls her sx with Claritin. Use the search function, you’ll find it. Also, I had an allergic reaction to a drug a few months ago and was on benadryl and claritin, my MAV improved immensely as long as I took them. I just don’t want to have to take them daily…

I’m sort of excited that I just realized this. It may be nothing but the fact that someone is keeping their sx in order with it is hopeful.

Now that I think of it, my boyfriend has normal migraines and his doctor told him to take an antihistamine that it helps prevent them. Crazy if it’s that simple for some people.

I also always thought my problem was lack of serotonin (my MAV hit both times end of Nov and last year went away in the spring - lack of sunlight perhaps? my body craves sunshine on my skin when spring finally comes) and they say antihistamines are serotonin inhibitors? I’m wondering how all this fits together hmm…

And fussy… as long as you are not taking Claritin-d I think it’s totally fine to be on them long term. It’s kind of like people who take an over the counter asperin everyday.

Thanks, anotherstar. I don’t know about their effectiveness long term. I only took them for about 3 days in a row… The lady that I said controlled her sx was on it long term and it was working for her, but everyone is different. I think I still need more potent things for long term control.

I hope they work for you, if you try.

I also need more potent things, but like fussy fussy I think that I can only really tolerate nortriptyline or gabapentin - but gabapentin doesn’t help me with the light sensitivity in the same way that nort. did. Gabapentin does help with ear crackling and dizziness though in a way that nort. doesn’t completely. So perhaps some people might benefit from mixtures of drugs if they take them in combo. I just want to minimize the drugs I take and cope with not being 100%…but just get rid of the worst of the MAV. I went to a very loud concert last night and was OK on just gabapentin at 100mg 3x per day (sort of dumb but I felt like I couldn’t back out of it since I’d committed to friends I’d go), but the lights did bother me. I will be asking my neurologist for a trial of nort. again perhaps going a bit higher to 20-30mg where others have found more relief. 10mg doesn’t seem to be totally enough for me but it did work well before. Liv

Hi there! That’s really interesting about the antihistamines. I usually take them in the summer months (hayfever) but think I tried to avoid them last year as I was worried about how they’d affect the MAV. It would seem I needn’t have worried and could have helped! Do you know if they’re safe to take with nortriptyline?

From what I understand, the only contraindication is sedation from both. Otherwise, good to go. Might want to check with your dr, too.

I have noticed that Nasonex really helps reduce or eliminate pressure in my bad ear. I take it when my right nasal passageway is blocked. I do not like to take it more than 2x a week because it is a steroid. It may also aggravate cataracts and glaucoma. The instructions say to take it for two weeks to build up the effects, but I respond to it right away. My vertigo is mainly under control with diet, trigger reduction, etc. this time of year. In the summer I can have a bad time with it and may have to go on Nortriptyline which I have found very helpful. It does not however always reduce pressure in my right ear and I will then also take Nasonex or an Allegra. They also work to improve my hearing and reduce tinnitus in my bad ear. I have no issues with my left ear. (vertigotalesandtastes.blogspot.com)

Has anyone tried CoQ10 or magnesium for their MAV, and/or butterbur (the Patolex brand without the harmful chemicals)? I am getting really tired of medications and would love for there to be some natural way to deal with this. A guy in Whole Foods tonight said he swore by 400mg of magnesium glycinate and 400mg of CoQ10 for his migraines… not sure if he has the type we have though! xx

(NB from admin: this image links to a product this member has found helpful and at the same time helps fund the site: As an Amazon Associate I earn from qualifying purchases. Thanks for your support!) 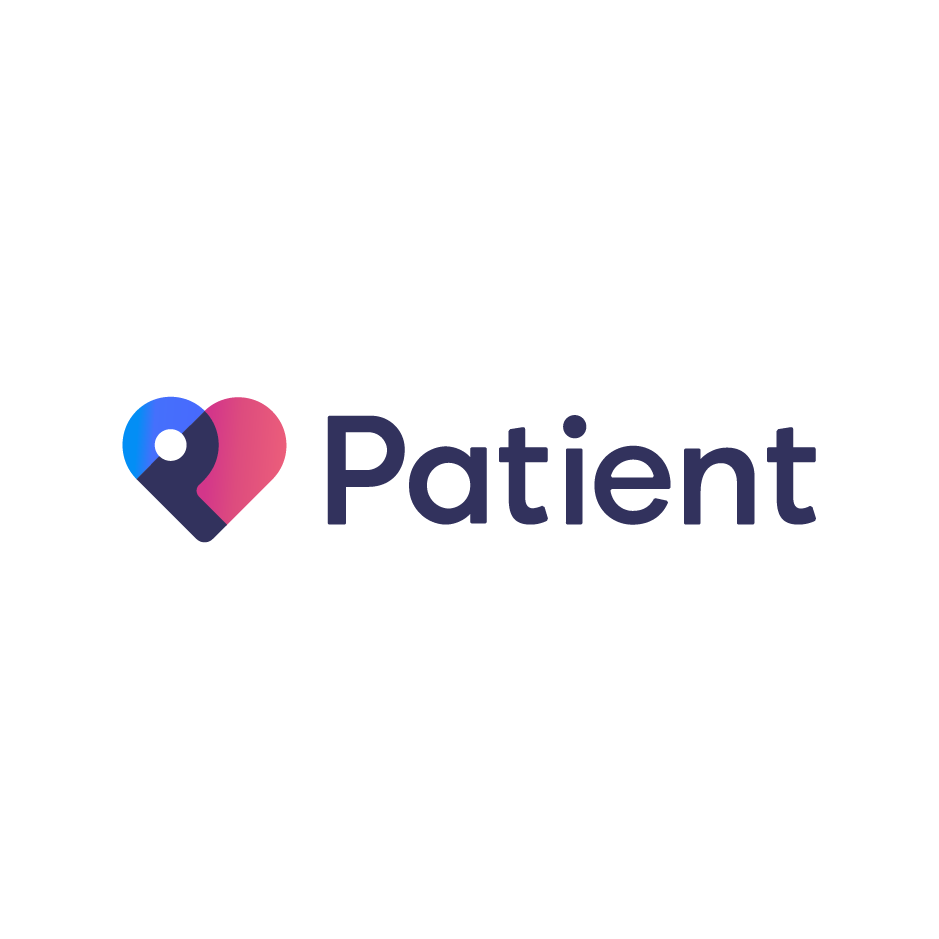 Patient Forums for Migraine. Part of the Brain and nerves category. Symptom, treatment and advice from community members

Does this sound good or what? Maybe…just maybe?

I take 400-500 mg of magnesium glycinate a day. I started taking it around the same time as starting the diet and nort so I can’t pinpoint how much it has helped exactly. It’s meant to be a great relaxant in the body and help with a range of things, including anxiety and stress. It’s certainly not going to hurt to try it. Be careful though as most of the magnesium in shops is magnesium oxide which is no good I buy it online.

I’m using this one:

Cetirizine, sold under the brand name Zyrtec among others, is a second-generation antihistamine used to treat allergic rhinitis (hay fever), dermatitis, and urticaria. It is taken by mouth. Effects generally begin within an hour and last for about a day. The degree of benefit is similar to other antihistamines such as diphenhydramine. Common side effects include sleepiness, dry mouth, headache, and abdominal pain. The degree of sleepiness that occurs is generally less than with first generatio...

It definetely helps. Sadly only to a certain degree, but it is definetely an improvement. Unfortunately weight gain is a side effect, although not too bad.

Hey, I’m about to go horseback riding off of the anti-migraine meds for the first time in a while just on magnesium glycerinate and CoQ10 (took 400 of each last night)…we’ll see what happens.

It also happens to be a stormy day so this is a good test of how I’m feeling… Wish me luck! A guy I met in Whole Foods last night said he swore by both for his migraines… hope this is a decent solution.

Yes, I tried Petadolex (butterbur) and Magnesium and vit B2 before the meds, some improvement, but nothing I could live with. I also tried coq10, didn’t feel anything from it.

I hope you do well on them, but I wouldn’t rock the boat without the GABA, if I were you.

Hey Asli! So, good news - I went riding this morning and felt almost 100% except for some lingering anxiety. You know how it is. I feel good and then I second guess it! I just have to go with it when I’m feeling good! I will stick with the magnesium and CoQ10 for the next few days and keep gabapentin in reserve. I can tolerate that med, it’s the only one - and it helps a lot but on the other hand, it does cause me to be tired and retain some water (I think). I think that the passage of time has helped me recover a little bit as well as supplementing high in vitamins. Exercise has been very important too. To gain confidence in my vestibular system again. I will see if the mag and CoQ10 are enough in my case. I’m definitely glad I found gaba as a back up! xx

I got the flu right after my last post UGH. ROUGH. Very bad for the MAV too. I’ve stayed with Claritin too. Yesterday I went to Sam’s Club, Office Depot and Barnes and Nobles and browsed for quite a while. I still had issues but they weren’t crippling. I haven’t done that since November and it felt soooo nice to shop again. Will report back in a few weeks if the claritin is still working.

Glad that went well. I hope it continues.

I’m having an awful day. The lights at work kill me. Had to leave the building and go outside for a good while just to function :(.

Hi all - regarding antihistamines. Just checked in with my neurologist – he warned me against taking Benadryl with Topamax (unsure why) although he said Zyrtec was OK. So those on Topamax have been warned!

Regarding nutraceuticals, I’ve been taking Petadolex (100mgs - 150mgs is bad for the liver or kidney, can’t remember which), Magnesium and Vitamin B2 since late January. They take up to three months to actually kick in so I can’t give you a clear report. My friend who introduced me to Petadolex loves it though. She said it reduced her daily headaches by heaps.