Jordan Peterson has an anxiety problem, or a vestibular problem?

Jordan Peterson, the famous psychologist, speaker and, some would say ‘conservative’, thinker has recently suffered some significant ill health, as you may have heard.

Apparently he was taking Benzos to cope with his anxiety issues but had a bad reaction to them and tried to come off them.

It’s left him with symptoms not dissimilar to the ones we talk about here every day, the ones we discuss in relation to VM, MAV and PPPD.

I was struck by his description of his symptoms, it sounds very much like our experience: 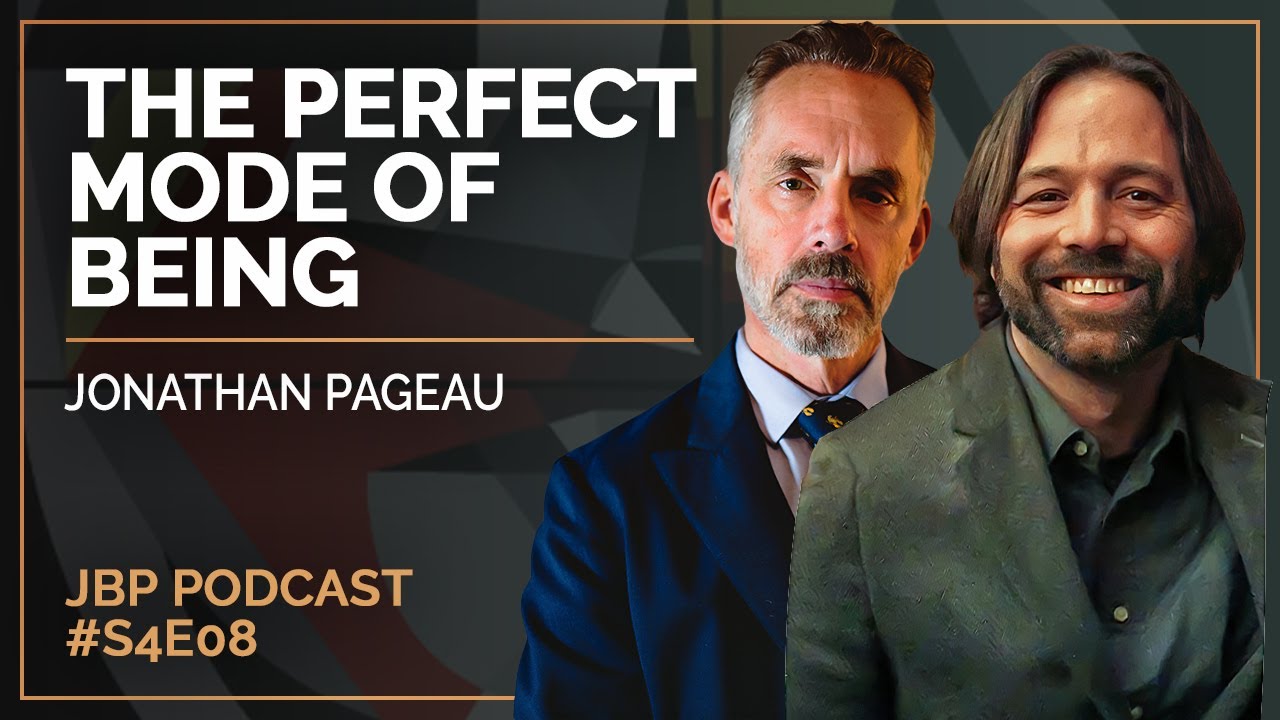 One has to wonder if his condition is just a deterioration of his anxiety he was already suffering.

And yet again it’s highlighting the close relationship between anxiety and vestibular health.

(Quite frankly, I’m not surprised he’s had anxiety, given the amount of time he spends in the political firing line from some pretty vicious mobs. Eventually that is going to get under your skin, no matter how strong you are.)

The links are probably much closer than I would ever have imagined until very recently. I have come to appreciate how difficult it must be for doctors to distinguish between anxiety attacks and say hot flushes. I recently discovered hot flushes can cause head tightness and what particularly surprised me, anxiety can cause ear fullness. And, for those that don’t suffer, hot flushes can be very similar to the autonomous symptoms associated with MAV. Sometimes I cannot tell gem apart myself and I’ve had plenty of both over the years.

The slightest anxiety can just wind MAV unsteadiness up into full blown dizziness/off balance in an instant. Another problem I find is the anxiety really tightens muscles up so that relaxation just won’t release them. It just doesn’t work the same as it does when not anxious which probably explains why people having panic attacks can have trouble breathing. Their chest muscles get just too tight.

Of late I have become more and more convinced that this beast most definitely causes havoc within the brain, whether the origin is vestibular or not. I had the Meniere’s vertigo episodes for many years on and off - where I would have the vertigo for between under an hour to occasionally the full day affairs - but once it was over, I was tired, but could go back to my life. Since it all came back with MAV bells and whistles, my periods of feeling completely normal are few and far between! Anxiety has become ‘a thing’ for me, though I feel it is caused by the ‘symptoms’ not the other way around! I do realize that age is also a factor for me - but still feel that there is some effect on the brain.

Peterson seems to be a sort-of modern day Nietzsche - deeply sick, and writing in desperation about how to become healthy. Or becoming sick partly because of his own obsession with health. His value-system is of toughening up, “getting yourself together,” harnessing your dark side, refusing sympathy, not associating with crazy people (in particular crazy women!)… and it seems, the more down this road he’s gone, the more deeply sick he’s become. In a sense yes, that’s because he’s under constant attack by a lot of very unhinged and/or stupid people, but then he deliberately put himself in their path.

I think it’s highly unlikely he’ll recover any time soon, if he continues to hold to his current values. “Toughening up” won’t cure vestibular migraine, it’ll probably make it worse.

Anxiety has become ‘a thing’ for me, though I feel it is caused by the ‘symptoms’ not the other way around!

Me too. Absolutely. Read recently Anxiety is the most common comorbidity with Menieres. It’s not surprising really. It’s the total unpredictability for sure. All these vestibular conditions. It’s not normal to be constantly wondering how or even weather you will be able to balance well enough to get about tomorrow. It’s something totally outside the realm of thoughts in people who haven’t suffered it. Completely beyond their Ken. Enough to make anybody anxious.

Another site I picked up on after returning from a walk last week where I’d felt as if I was floating throughout. Certainly not a regular symptom for me although I know many others suffer it constantly.

Just scroll down to the Symptoms table.

The comparison is shockingly similar. If this forum needed a checklist for a Symptoms Poll? This is it. 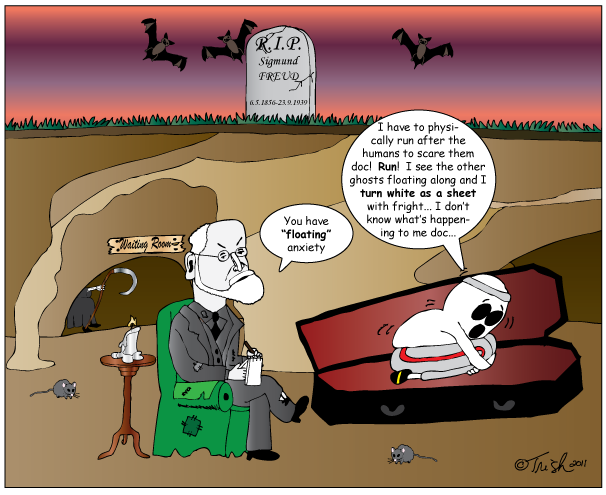 That is likely to be a vestibular problem too. Once you are devoid of the normal sensations of movement and place in the world, you feel floaty and out of body. How much of that is neurological and how much is physiological is anyone’s guess though, but it’s supposed to be linked to ego.

Someone below mentions that Peterson is “deeply sick”. I can’t see that myself. He’s always come across as very sane and stable to me.
I used to wonder how he kept looking so calm and collected whilst under attack from (largely) people who hadn’t thought things through. But it’s made him rich and famous I guess.
Any natural anxiety he would have been feeling would have been being reduced by his use of benzos which, as everyone knows, are addictive. And he was on so many political TV and radio shows I was astonished at his relaxed attitude and ability to bat off the idiots.
But then I learnt the secret… Valium. It was obvious really. Gruelling book tour schedules drove him to self medicate.

It’s the total unpredictability for sure. All these vestibular conditions.

Oh, do I hear you! And you too, Mazzy. I bought myself a very expensive ticket to the opera for 12.30 pm today (special treat with Covid not a problem here at the moment). I’ve already postponed this once due to ill health and I’m walking around the house this morning worried about how lightheaded I am and wondering which of my inadequate meds I can take so that the ticket is not wasted. *sigh

but it’s supposed to be linked to ego

Can you explain more what you mean by that please James?

Ah, I see. What about the case of Stephen Hawkings then?

Are his inner ears shot?

In any case, here is a paper that covers this:

The vestibular system: a spatial reference for bodily self-consciousness

Onandon, what an excellent article about Floating Anxiety!! Her section about What You Can Do was great and I liked this comment she wrote in answer to a reader’s Comment - “I encourage you to remember it is a sensation and like any other sensation, you will get used to it. I don’t know how long you will have it for–for some it goes away, for some it comes and goes, and for some it stays and as yet to be resolved–but I encourage you to do what you can to desensitize yourself to the sensation”. Good advice for lots of the symptoms of vestibular malfunction we all suffer from. Note also in the article it says “The data also shows that starting a benzo can cause the sensation, as can reducing a benzo” which I noticed because of the previous posts about Jordan Peterson and the awful after effects of his withdrawal from benzos.

Thanks for posting the cosciousness article James. Intriguing!

but it’s supposed to be linked to ego.

’Ego -’the self as contrasted with another self or the world’* (Merriam-Webster).

I actually rushed to look it up because these days in common usage it does tend to favour another meaning.

Of course women’s vestibular problems were once known as “Floating Woman Syndrome”. Obviously not without some foundation😆

Phew, hard going that one. That’s certainly a paper and a half. Must admit I gave up. Possibly read enough to get the general drift. I always tend to think more of such in terms of spatial awareness, or lack of it, and 3D vision ditto. From my experience the connection between having a balance disorder such as MAV and such difficulties goes without saying although as stated in the article seems strange they only test for the static stuff. It’s the dynamic gets me every time.

”The vestibular system processes head posture relative to constant gravitational acceleration and head motion in three-dimension space, thus providing important information related to the body with respect to the earth gravitational system, which is essential for coding the spatial orientation of the body in the external world.”

So as soon as we adopt a different posture to compensate for our imbalance or stop moving our heads ‘normally’ (both totally subconscious natural reactions to stimuli) we unwittingly push everything out of kilter and, in my case at least, start misjudging distance and knocking into things. Great. Though I’ve had bruises enough over the years to prove it so it’s not too much of a surprise really.

Yes I meant the classical meaning.

I must admit It took a second take for me to realise hence my checking it out. I’ve no idea who the subject of this thread is. Never heard of him before so, for a moment, I was wondering.

Dizzy Dame: I hope you got to enjoy your opera!!!