I have the book Heal Your Headache by Dr David Buchholz. We use to email each other back and forth. This morning I grabbed some Morning Star Farms sausage patties and ate 2. This product has lots of soy in it, As Dr Buchholz puts “its the single dietary issue I’ve struggled with the most”. I can feel a bad reaction now after some hours later. I know there are added flavors in these, but I can get away with some msg, but feel like the soy on top of it really got me. I have to remember to eat simple, I don’t know what I was thinking when I ate those, oh yeah, no fat, I have to watch my cholestrol LOL.

I need to edit this as I had some soy nuts before the sausage, thats when my headache started. The other was insult to injury for me as my headache got much worse. Probally the natural flavorings in it with more soy.

Wow- SOY? Tell me about that, educate me please, I am allergic to dairy products and replace it with SOY!!!

I forgot to mention I had soy nuts before that and thats when I got headache. I have read some things on the net about soy and migraine. Many of the diet lists don’t show it other than soy sauce. I did read about a case of a man who ate soy and started having migraines in his 50’s and that is unusual to start migraines at that age. They dropped the soy and his migraines left.

I guess soy can be a trigger and they are finding this more. I know its a bad trigger for me. I haven’t had a migraine like this is in awhile. I am reading more about it and will post what I learn.

I have found some items about soy milk and increased migraine in a poster. Just type in soy and migraine and you can read about them. I know for me its a bad trigger cause I don’t eat soy now. I did before but I was just dizzy around that time and didn’t have headaches. I started soy because I heard it was good for hot flashes. I have a book called Heal Your Headaches, the author works out of Johns Hopkins. He says he is conflicted about soy but says he has heard from his patients that some react to it.

The thing about triggers is if you eat, lets say just one trigger in a day, you may avoid the attack. Its the build up of triggers in a given day such as weather, hormones, and food that cause the migraine. I have found this to be true. If its that time of the mo. I know I need to avoid other triggers as I will get a migraine.

But everyone is different in that just one trigger can throw you into a migraine. Soy seems to be a big one for me. You may test it out and drink rice milk and see what that does. I did read one site where a woman was using soy for her time of the mo headaches and was getting better. So I don’t think a sweeping statement can be made about soy.

I’m new to this site and was recently dianosed with poss MAV. in Jul and recently started taking Topamax.

I was reading that you had read the book Heal Your Headache by David Buchholz, MD. I was reading the same book and found it to be very interesting. Has anyone followed his diet recommendations and has it helped reduce their dizziness or headache migraine symptoms? Did you need to really stick to it for 2 - 4 months to see results?

I’ve had a hard time sticking to completely eliminating everything from that long list of foods yet, although I have noticed MSG seems to trigger a worsening of sx for me. Other diets for migraine are not as restrictive as his diet either.

The neurologist in our area that is a headache/migraine specialist doesn’t seem to think diet plays that much of a role in migraine prevention. He also didn’t have anything to say when I asked a few questions about MAV or think of it as a possible dx either. Shows you how much some docs who specialize in headache and migraine claim to know. I’m glad I went for another opinion and hope the preventive meds work for me. My FP doc is following up now and he seems to think identifying the triggers is important too. Do other doctors think food triggers play a role in migraine prevention?

Welcome to the forum.

I guess the issue with neurologists (and ENTs especially) lacking knowledge of this condition is:

Food as a trigger is believed by some to be a bit over-emphasised. There are certainly other important triggers like stress, lack of exercise, too much exercise, visual stimulation, hormonal changes, sleep deprivation, too much sleep.

Interestingly, those with a rare form of migraine called Episodic Ataxia actually have their episodes brought on by exercise, or by being startled. Given that someone becomes unable to walk and talk just from being startled, its clear that migraine can be triggered by some pretty trivial things!

I try and avoid all the above triggers, and food triggers as well. The main thing for me is keeping active and keeping a positive attitude - it’s hard, but its necessary!

I have noticed MSG is a particular problem for me. I have even eaten pure MSG (you can buy it in Asian stores here) to test this theory and it made things much, much worse. I do believe Soy makes things worse for me as well.

Food triggers are important - any doctor who says that it plays no role at all has not got the right story. I will post an article on here today
that demonstrates this - a clinical study where people were given 1 or more of 3 different treatment options. 100% of those who were treated with
dietary modification alone reported at least a 75% subjective improvement (some 100%) in their symptoms.

I’m really interested to hear how you go with the Topamax. Please let us know!

I know for me the diet got me out of bed. You can’t avoid all the triggers, so meds may be used. I see others do very well on diet alone. I have learned to watch for what triggers me. It can be hard because for me I can get away with say one or two bad things in a day and won’t be able to handle them another day.

I believe diet plays a very improtant role in all this, I can see it in myself and how much worse I do when I slip.

I started a new topic then found that this thread speaks to what I was talking about - my question is whether there might actually be food allergies in involved with MAV. If soy triggers a migraine, does that mean I’m actually allergic to soy? I haven’t had a chance yet to ask my doc this. Curious what others think.

Charisse, the diet also helped me get out of bed again - Dr. David Buchholz’s book was especially helpful. That’s cool you got correspond with him.

It’s just not worth it for me to eat/drink the trigger foods anymore. I know I will pay for it just a short time later - amazing how quick it can happen.

This is a common question (or rather, a common assumption people make).

Food intolerances that may cause migraine are not allergies. People misuse the word allergy a lot.
It is not an immune system response like allergies are.

Intolerance is probably the best word to use.

Do other doctors think food triggers play a role in migraine prevention?

I haven’t touched soy sauce since chronic and always have cows milk which doesn’t seem to affect me however I found the case on this link might be of interest to some. 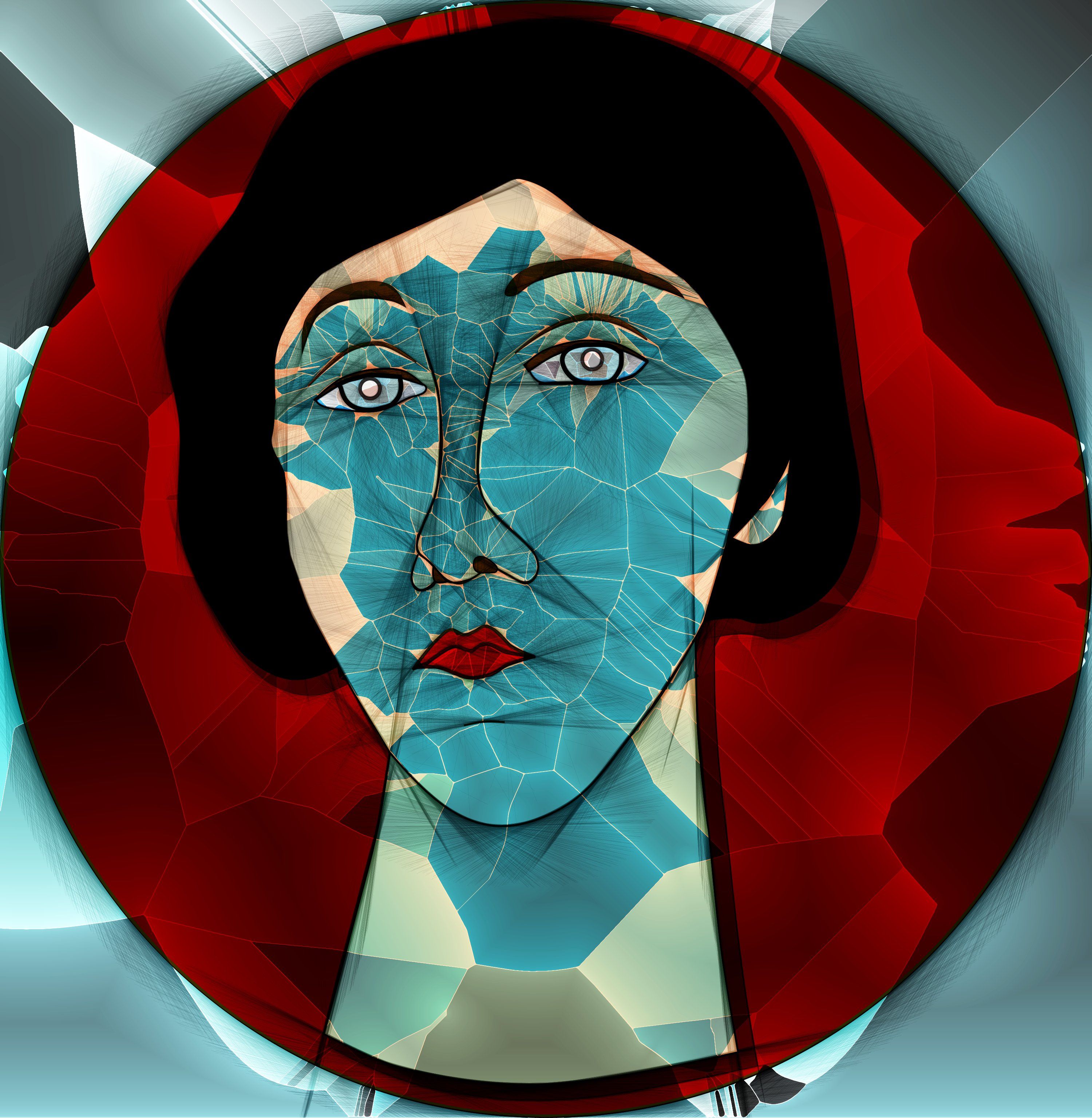 A 33-year-old woman has been experiencing recurrent episodes of nausea, headaches, and dizziness for the past 8 months. She has come to the emergency department because she is concerned about her current episode, which is slightly different from her...

By the number of topics on here relating to Soy seems it’s a problem for many.

Soy
Soy milk?
Is soya a trigger
Is Whey or Soy Protien a trigger for you?

One of the problems with soy is that it is highly processed. I don’t eat/drink any of these products (e.g. tofu, soy milk). However, I grow soybeans in my garden and eat the green soybeans (edamame). They do not cause any problems for me.

Ah you solved a mystery. I’d been wondering what edamame beans were. So there are soya eh. I’ve seen them in diet sheets. Cannot remember whether listed ‘good’ or ‘bad’. As I’ve no knowledge iof them I just let that pass me by. Interestingly since reading your post I’ve seen a snippet in the National Press relating. Apparently they are beneficial for controlling hot flushes. I will add in more when I can find the reference. But maybe it wasn’t the sage that did for your hot flushes after all? It was from the George Washington University in The US and the beans contain isoflavones which are converted into a type of oestrogen.

But maybe it wasn’t the sage that did for your hot flushes after all?

It was definitely the sage, because I have only planted the soy beans in my garden for the last two years

The soy beans are nice because you can have them as a snack or I also use them in stir fries.

I’ve only very recently even seen soya beans, dried in health food outlets I am guessing. The last three? Years maybe farmers in our area have been growing them commercially as animal feed so I’ve lived a summer or two surrounded by them. Sure I’ve heard our climate isn’t really ‘right’ for them but don’t recall the details of why.

I guess i found this thread a little late… i recently had soy sauce with my sushi and didn’t think it could contribute to my MAV. Can anyone comment how long symptoms last if onset by food? I’m going on almost 5 days right now and seem to only be getting worse.

Sorry Brian but there’s not a meaningful answer I’m afraid. VM has no hard and fast rules. Everything depends on the tolerance/intolerance of your sensory sensitivities at the time. Preventatives are meant to increase tolerance levels to improve quality of life but that takes time, probably months rather than weeks and even then that’s months of a sufficiently high enough dose for that individual in question to tolerate so no quick fix. Only advice I’d give would be to read up on the condition and thoroughly understand the fundamentals behind the migraine diet (consume nothing fermented is one such) and also stick to a migraine diet for a while and see how it goes.